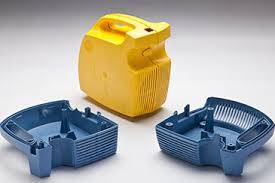 There is a plastic called
polybenzimidazole which is nearly as tough as steel. This is used to make car parts and what not. With a weight lighter than metal, the ability to be plastic injected into various shapes and sizes, it’s a modern marvel.

When the auto manufacturers go to make your car, they put it together peice by peice. Many of those peices are made from plastic injection molding, a process where melted plasitc is injected into a mold which then hardens into a part.

Generally speaking, when someone is using plastic injection, they are doing it with a servo valve. Servo valves tend to be among the most efficient ways to deliver a massive amount of pressure with as little energy as possible.

The next time you go to drive somewhere, think about the fact that if servo valves weren’t invented back in ww2, your car would likely be made of more metal, be slower and have poor gas milage.